Yuko Nii (b. 1942 in Japan), artist and philanthropist, studied (1961-63) English and American Literature at Aoyama Gakuin University, Tokyo, Japan. In 1963 she transferred to Macalaster College, St. Paul, MN as a scholarship student, and earned her BFA (majored in painting) in 1965. From 1966 she attended Pratt Institute Graduate School, Brooklyn, NY, as a fellowship student and earned her MFA (majored in painting and minored in art history) in 1968. From 1969 to 1976, while pursuing her painting career, Nii taught art at Lenox School (high school level) in New York City. After quitting teaching, from 1976 to 1996 Nii committed herself totally to the creative fields, pursuing painting as her main career, and supporting herself as a printmaker, a graphic designer, a scene/stage set designer, a costume and fashion designer, and as a writer in journalism, poetry, fiction, essays and philosophy, and writing for newspapers and magazines.

Nii’s works are in public and private collections including those of The Cincinnati Art Museum, The Berkshire Museum, The Alternative Museum, Equitable Assurance Collection, JP Morgan Chase Bank Collection, Bankers Trust, Security Pacific Bank, N.L. Industries, The U.S. Army Corp of Engineers, Bonny Corp., Nihon Davis Standard Corp., The Explorer’s Club, and many individual art collections.
Nii’s works are included in a number of publications, including “Looking at Landscapes” (Criterion Press) and she has been reviewed in publications including the New York Times, The Chicago Tribune, The Village Voice, The Soho Weekly News, The Berkshire Eagle, Art News Magazine, The Geijutsu Shincho Art Magazine and the three major Japanese newspapers (Asahi Shimbun, Yomiuri Shimbun and Mainichi Shimbun) and many local newspapers. She has appeared on several television and radio programs here and in Japan.

In late 1996 Yuko Nii purchased a New York City landmark Kings County Savings Bank building, Williamsburg, Brooklyn, NY, and founded a not-for-profit Williamsburg Art & Historical Center (WAH Center), which serves the public. The WAH Center’s mission is based upon her Bridge Concept. That concept envisions a multifaceted, multicultural art center whose mission is to coalesce the diverse artistic communities, and create a bridge between local, national and international artists, emerging as well as established artists of all disciplines. Thus through the international language of art we come to understand each other to create a more peaceful and integrated world. The WAH Center is a force for peace and understanding and it’s concept is incorporated in its acronym: “WAH” in Japanese means “peace” or “harmony” or “unity.”

Yuko also wanted to preserve the WAH Center’s building, a French Second Empire masterpiece, and make it a functional part of the cultural community of Williamsburg, Brooklyn, New York.

Numerous articles about the WAH Center and Nii have been written in local, national and international magazines and newspapers. Nii has also appeared on many television and radio programs.

During the first 7-1/2 years the WAH Center has pursued what Chris Gray in an article in the New York Times called a “furious schedule,” producing over 150 fine art shows incorporating over 2500 artists, and countless performances. Since then till today it has produced many additional shows and events, totaling over 200 fine art exhibitions with more than 3,000 artists’ participants, and over 150 performance programs with more than 1000 performers.

Besides local and national exhibitions, the WAH Center has bridged internationally so far, to Cuba, Holland, Islamic Nations, Italy, Japan, Palestine, Russia, Slovenia, Turkmenistan, and Vietnam. The WAH Center plans to bridge to some other countries such as Israel, Germany and Latin America in the near future.

The WAH Center also produced an annual Art & Ability show by artists with disabilities. Each year the show became more popular and the number of the participants increased, and included both mentally & physically handicapped artists. Due to the lack of accessibility (an elevator) to the larger gallery space on the second floor, we had to discontinue the program after the 6th annual show.

Here is what people have said about Yuko Nii:

A clarity of vision and mastery of technique so characteristic of the best Japanese artists. Stuart C, Henry, Director, The Berkshire Museum

The work of Yuko Nii carries a feeling of intensity and personal poetry. Her landscapes are in fact a landscape of her inner self. Tamon Miki, Chief Curator, The National Museum of Modern Art, Tokyo

I have known and worked with Yuko on various projects over the years and she is a person of great intelligence and integrity as well as a great artist. Robert Panza, Executive Director, Visual Artists and Galleries Association

A remarkable person, dedicated to the art world and her fellow artists, as well as being a fine artist herself. Curtis Harnack, President, School of American Ballet

A person of great ability and integrity as well as a fine artist. Shoji Sadao, *[20]Honorary Life Trustee, The Isamu Noguchi Museum

During 20 years of solid friendship, Yuko and I have worked on several projects together, building a bridge of the arts between Japan and the United States. She is a seriously hardworking, totally committed and great artist. Additionally she is also a free spirited, fun loving person with a great sense of humor! Because she is so well balanced and because of her creativity and energy, I have no doubt that the Williamsburg Art & Historical Center will be a great success! Kenneth Noland

An exceptionally gifted fine artist, a farseeing visionary…sincerely concerned about the well being of the human race. Max Roach, Jazz Percussionist

I have known her for 20 years as a fine artist, friend and a very lively, active, and committed person who gets things going and gets them done. Esteban Vicente

Yuko Nii’s giant contributions of energy, vision and generosity transformed almost overnight a disintegrating landmark building into a vital center for the arts in Williamsburg, a historic Brooklyn community that now enjoys the largest concentration of resident artists within the art capital of the world, New York City. Yuko’s extraordinary achievement is itself a landmark for Brooklyn and marks her for recognition as a living treasure of Brooklyn and the nation! Robin Radin, Harvard Law School, Program on International Financial Systems, Associate Director

“It’s historically important that the public should acknowledge Yuko Nii’s significant contribution to the art world. Her accomplishments should serve as an inspirational model for other artists, especially for women artists. She is not like the wealthy or worldly known American artists such as Jack Lenor Larsen, Joan Mitchell, Isamu Noguchi, Georgia O’keefe, Jackson Pollack, Andy Warhol and others who have established their own museums or foundations. Yuko, a woman artist from Japan, has sacrificed her great artist’s career in order to devote the rest of her life to a benevolent cause. To wit, she purchased a monumental New York City historical landmark with her own limited resources and turned it into a not- for- profit art center, the WAH Center, which serves the public. The WAH Center’s mission is based upon her unique worldly view. She calls her great idea the “Bridge Concept” and it has been slowly realized over the last 13 years. Moreover, because of the WAH Center’s limited resources, she has personally labored and expended great effort on a daily basis to create exhibits and programs with the kind help of many generous volunteers, some of whom have been with the center for more than 12 years, which in itself is remarkable. This must be due to other hidden qualities that Yuko possesses. As far as I know, no woman and no Asian artist has made such enormous achievements in the recent history of the New York art world.” Anonymous Colleague

Women Forward, 2009, a full color catalogue with essay by Robert c. Morgan and introduction by Yuko Nii, in celebrating Women History Month to honor and acknowledge the 28 women artists’ achievements in the professional art career and their contribution to the art world. 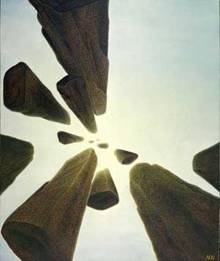 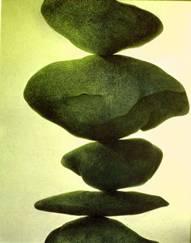 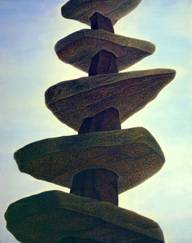 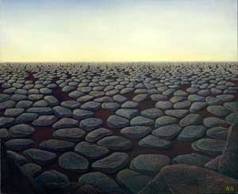 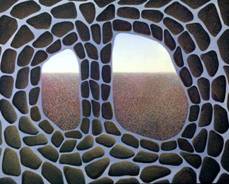 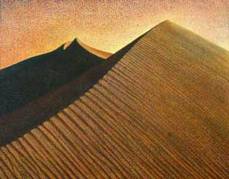 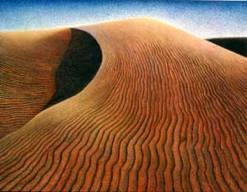 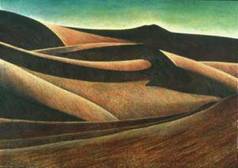 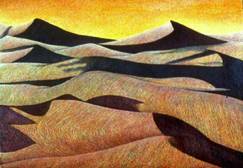 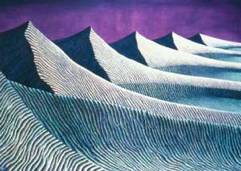 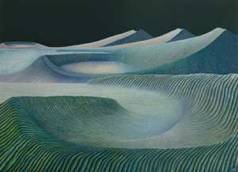 The text of this page is available for modification and reuse under the terms of the Creative Commons Attribution-Sharealike 3.0 Unported License and the GNU Free Documentation License (unversioned, with no invariant sections, front-cover texts, or back-cover texts).