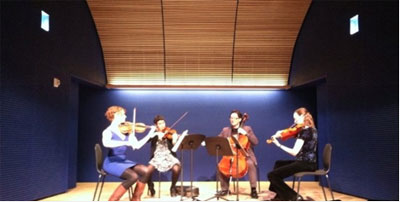 Ivy Orchestra is a newly-formed collective of musicians based in New York City, who are committed to the vibrancy and transience of live chamber music performances. The collectiveʼs name is inspired in part by the various species of Hedera, hardy evergreen plants that climb and hold fast, and whose individual leaves blend to give the appearance of a living surface. The group also draws inspiration from (even if no particularly musical affinity to) Charles Ives, the Pulitzer Prize-winning American composer who, like the members of the collective, devoted immense energy and resources to his passion for music, while also accomplishing much as a professional in a non-musical field.

After being inspired by a peer playing “Jingle Bells” at a holiday recital, 5-year old Allison Dubinski immediately demanded a violin from her percussionist father and could frequently be found following her brother around her childhood home in Indiana playing “Hot Cross Buns” for him. Allison played regularly in her community and was concertmaster of the Hoosier Youth Philharmonic as well as assistant concertmaster next to her teacher of over ten years, Juli Enzinger, in the Bloomington Symphony Orchestra. During her senior year in high school, she was accepted into the National High School Honors Orchestra and was placed concertmaster.  Allison earned her Bachelor’s Degree in Violin Performance and Psychology from Butler University in Indianapolis, Indiana where she studied with Professor Larry Shapiro. She was also concertmaster and soloist for the Pro Arte Chamber Orchestra under the direction of Stanley DeRusha.  After moving back to her birthplace of New Jersey in 2007 where she taught 3rd Grade in Newark and went on to receive a Masters in Social Work from NYU, Allison is now living in Brooklyn and working as a Founding 3rd Grade Teacher at East Harlem Scholars Academy. For the past three years, she has been involved with both the String Orchestra of Brooklyn and the Greenwich Village Orchestra and enjoys playing regularly with her string quartet.

Zoë Aqua is a violinist, teacher and composer living in Brooklyn. She teaches general music and Suzuki violin to children in kindergarten through second grade at Family Life Academy Charter School II, located in the Bronx. Zoë can be seen playing violin with the String Orchestra of Brooklyn, among other local groups. She is a founding member of Existential Pilot, a new music collective which has presented works by young composers to audiences in eight cities.

Kathy Canning has served as principal violist of the New York Repertory Orchestra since 2001. She participates each summer in the Bennington Chamber Music Conference in Vermont, and currently serves on the Conference's board of directors.  She holds a bachelor's degree in Physics and spent time as a Math teacher in Singapore before joining the staff of Education Through Music, Inc. (www.ETMonline.org), a New York City-based nonprofit organization partnering with inner-city schools to provide music as a core subject for every student.  Kathy has worked in fund-raising and administration at ETM since 2000, and is currently the Director of Development & Program Evaluation; this year, ETM's programs provide in-school music instruction to 15,000 New York City children.

Ken Hashimoto began playing cello at age 4.  He spent time as a cello performance major at Peabody Conservatory and the College Conservatory of Music, University of Cincinnati, but after a two-year detour through the physics department, he eventually graduated with degrees in history and international relations.  Thereafter, Ken moved to Los Angeles, where (while working as a teacher and in education non-profits) he played as a freelance bassist and cellist on live and recorded sessions—mostly with pop/rock bands and singer-songwriters.  Ken took a three-year break from playing music while working in the Balkans on an international development project, but then moved to New York City and earned a law degree, and also resumed playing with bands at venues such as Symphony Space, Carnegie Hall, Bowery Ballroom, Joe’s Pub, and Mass MOCA.  Inspired by his older daughter’s cello studies, Ken has now returned to playing classical music, studying and performing cello sonatas with the Alaria program, and playing with the Greenwich Village Orchestra, the New York Repertory Orchestra, the String Orchestra of Brooklyn and the Park Avenue Chamber Symphony.  He also plays and performs regularly in quartets and chamber groups.  Ken works as an attorney at Arnold & Porter LLP. 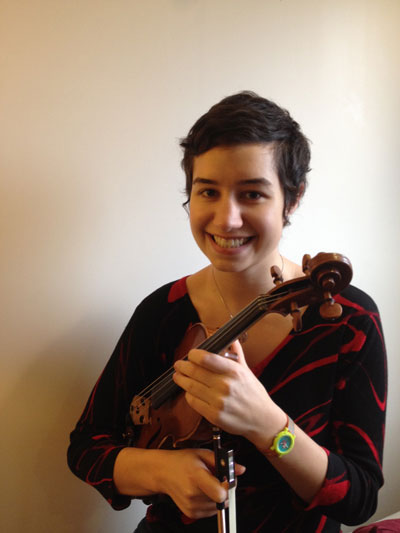 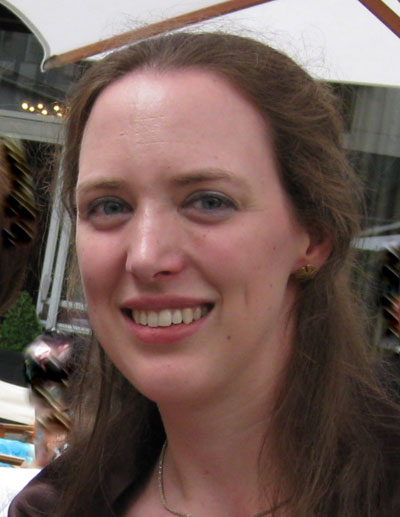 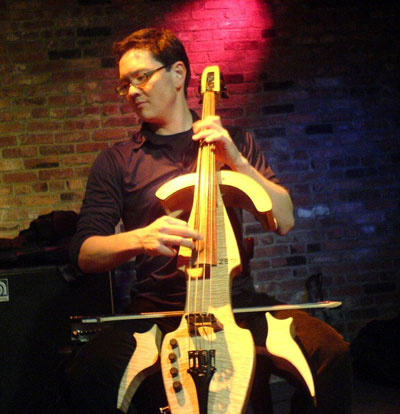